In conjunction with NeurIPS 22: December 2, 2022. Hybrid in-person and virtual.

Attention is a widely popular topic studied in many fields such as neuroscience, psychology, and machine learning. A better understanding and conceptualization of attention in both humans and machines has led to significant progress across fields. At the same time, attention is far from a clear or unified concept, with many definitions within and across multiple fields.

Cognitive scientists study how the brain flexibly controls its limited computational resources to accomplish its objectives. Inspired by cognitive attention, machine learning researchers introduce attention as an inductive bias in their models to improve performance or interpretability. Human-computer interaction designers monitor people’s attention during interactions to implicitly detect aspects of their mental states.

While the aforementioned research areas all consider attention, each formalizes and operationalizes it in different ways. Bridging this gap will facilitate:

The All Things Attention workshop aims to foster connections across disparate academic communities that conceptualize “attention” such as Neuroscience, Psychology, Machine Learning, and Human Computer Interaction. Workshop topics of interest include:

Relationships between biological and artificial attention

Attention for interpretation and explanation

Ask questions on slido: Use this link or the embedded page here:

You can participate in live discussions during the workshop here. Invited speakers will also be encouraged to answer questions offline using the same link. Please note you need to be registered for the workshop to access RocketChat.

The virtual poster session will be held on the Discord server — see the NeurIPS page for a link. It’ll be open for the whole day, so feel free to jump in just to chat! 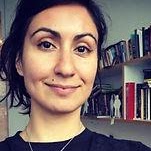 Attention in Task-sets, Planning, and the Prefrontal Cortex

What we pay attention to depends on the context and the task at hand. On the one hand, the prefrontal cortex can modulate how to direct attention outward to the external world. On the other hand, attention to internal states enables metacognition and configuration of internal states using repertoires of memories and skills. I will first discuss ongoing work in which, inspired by the role of attention in affordances and task-sets, we analyze large scale game play data in the XboX 3D game Bleeding Edge in an interpretable way. I will briefly mention ongoing directions including decoding of plans during chess based on eye-tracking. I will conclude with how future models of multi-scale predictive representations could include prefrontal cortical modulation during planning and task performance. 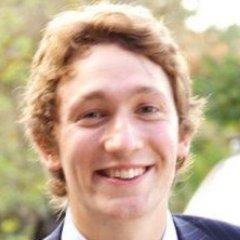 Relating Transformers to Models and Neural Representations of the Hippocampal Formation

Many deep neural network architectures loosely based on brain networks have recently been shown to replicate neural firing patterns observed in the brain. One of the most exciting and promising novel architectures, the Transformer neural network, was developed without the brain in mind. In this work, we show that transformers, when equipped with recurrent position encodings, replicate the precisely tuned spatial representations of the hippocampal formation; most notably place and grid cells. Furthermore, we show that this result is no surprise since it is closely related to current hippocampal models from neuroscience. We additionally show the transformer version offers dramatic performance gains over the neuroscience version. This work continues to bind computations of artificial and brain networks, offers a novel understanding of the hippocampal-cortical interaction, and suggests how wider cortical areas may perform complex tasks beyond current neuroscience models such as language comprehension. 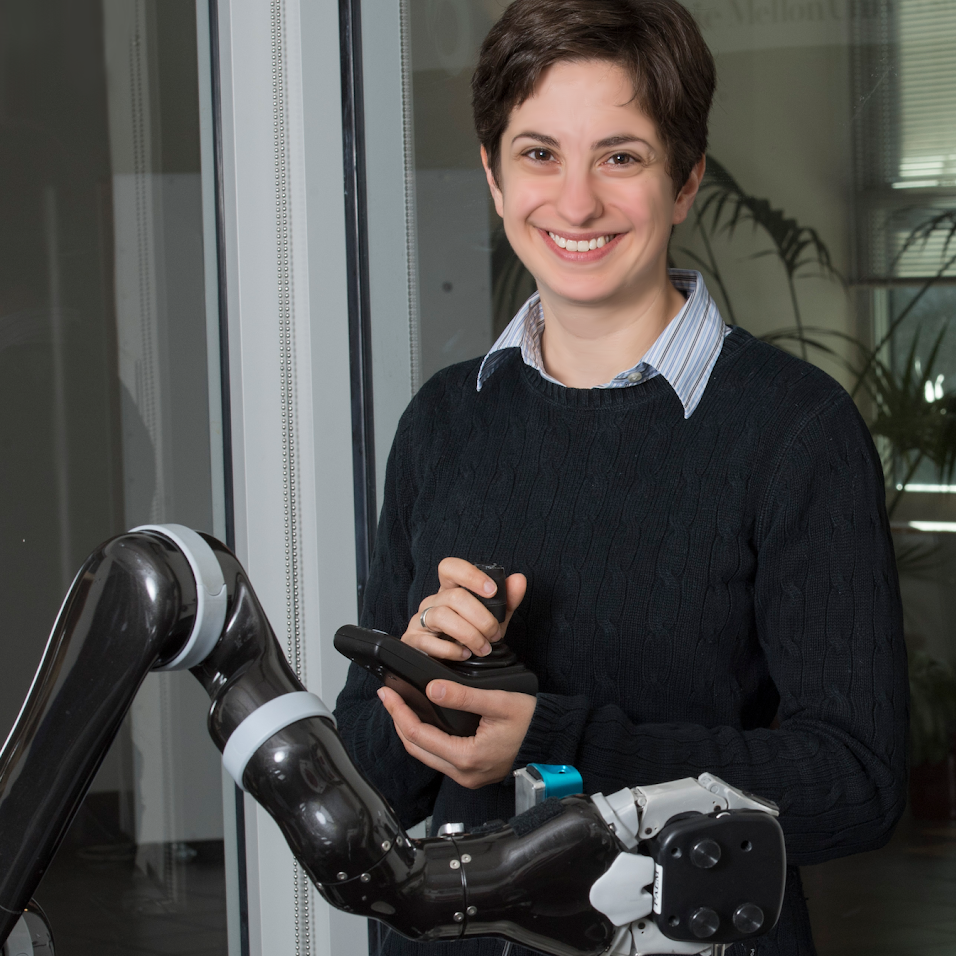 In robotics, human-robot collaboration works best when robots are responsive to their human partners’ mental states. Human eye gaze has been used as a proxy for one such mental state: attention. While eye gaze can be a useful signal, for example enabling intent prediction, it is also a noisy one. Gaze serves several functions beyond attention, and thus recognizing what people are attending to from their eye gaze is a complex task. In this talk, I will discuss our research on modeling eye gaze to understand human attention in collaborative tasks such as shared manipulation and assisted driving. 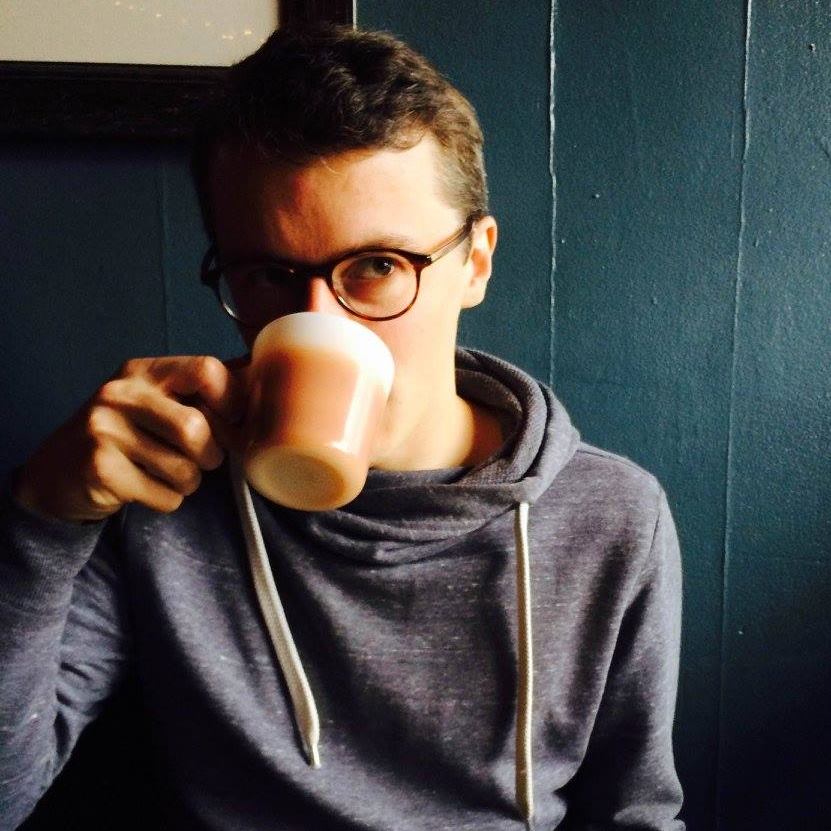 Attending to What's Not There

When people make sense of the world, they don’t only pay attention to what’s actually happening. Their mind also takes them to counterfactual worlds of what could have happened. In this talk, I will illustrate how we can use eye-tracking to uncover the human mind’s forays into the imaginary. I will show that when people make causal judgments about physical interactions, they don’t just look at what actually happens. They mentally simulate what would have happened in relevant counterfactual situations to assess whether the cause made a difference. And when people try to figure out what happened in the past, they mentally simulate the different scenarios that could have led to the outcome. Together these studies illustrate how attention is not only driven by what’s out there in the world, but also by what’s hidden inside the mind. 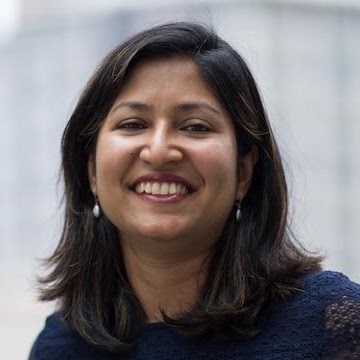 Unconstrained eye gaze estimation using ordinary webcams in smart phones and tablets is immensely useful for many applications. However, current eye gaze estimators are limited in their ability to generalize to a wide range of unconstrained conditions, including, head poses, eye gaze angles and lighting conditions, etc. This is mainly due to the lack of availability of gaze training data in in-the-wild conditions. Notably, eye gaze is a natural form of human communication while humans interact with each other. Visual data (videos or images) containing human interaction are also abundantly available on the internet and are constantly growing as people upload more. Could we leverage visual data containing human interaction to learn unconstrained gaze estimators? In this talk we will describe our foray into addressing this challenging problem. Our findings point to the great potential of human interaction data as a low cost and ubiquitously available source of training data for unconstrained gaze estimators. By lessening the burden of specialized data collection and annotation, we hope to foster greater real-word adoption and proliferation of gaze estimation technology in end-user devices. 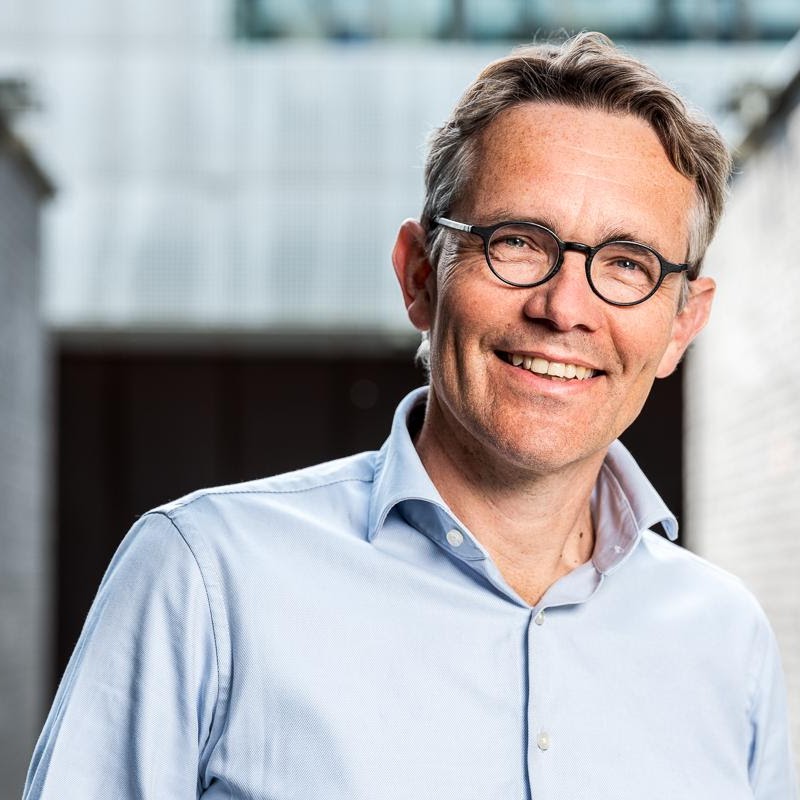 BrainProp: How Attentional Processes in the Brain Solve the Credit Assignment Problem

Humans and many other animals have an enormous capacity to learn about sensory stimuli and to master new skills. Many of the mechanisms that enable us to learn remain to be understood. One of the greatest challenges of systems neuroscience is to explain how synaptic connections change to support maximally adaptive behaviour. We will provide an overview of factors that determine the change in the strength of synapses. Specifically, we will discuss the influence of attention, neuromodulators and feedback connections in synaptic plasticity and suggest a specific framework, called BrainProp, in which these factors interact to improve the functioning of the entire network.

Much recent work focuses on learning in the brain using presumed biologically plausible variants of supervised learning algorithms. However, the biological plausibility of these approaches is limited, because there is no teacher in the motor cortex that instructs the motor neurons. Instead, learning in the brain usually depends on reward and punishment. BrainProp is a biologically plausible reinforcement learning scheme for deep networks with an any number of layers. The network chooses an action by selecting a unit in the output layer and uses feedback connections to assign credit to the units in lower layers that are responsible for this action. After the choice, the network receives reinforcement so that there is no need for a teacher. We showed how BrainProp is mathematically equivalent to error backpropagation, for one output unit at a time (Pozzi et al., 2020). We illustrate learning of classical and hard image-classification benchmarks (MNIST, CIFAR10, CIFAR100 and Tiny ImageNet) by deep networks. BrainProp achieves an accuracy that is equivalent to that of standard error-backpropagation, and better than other state-of-the-art biologically inspired learning schemes. Additionally, the trial-and-error nature of learning is associated with limited additional training time so that BrainProp is a factor of 1-3.5 times slower. These results provide new insights into how deep learning may be implemented in the brain. 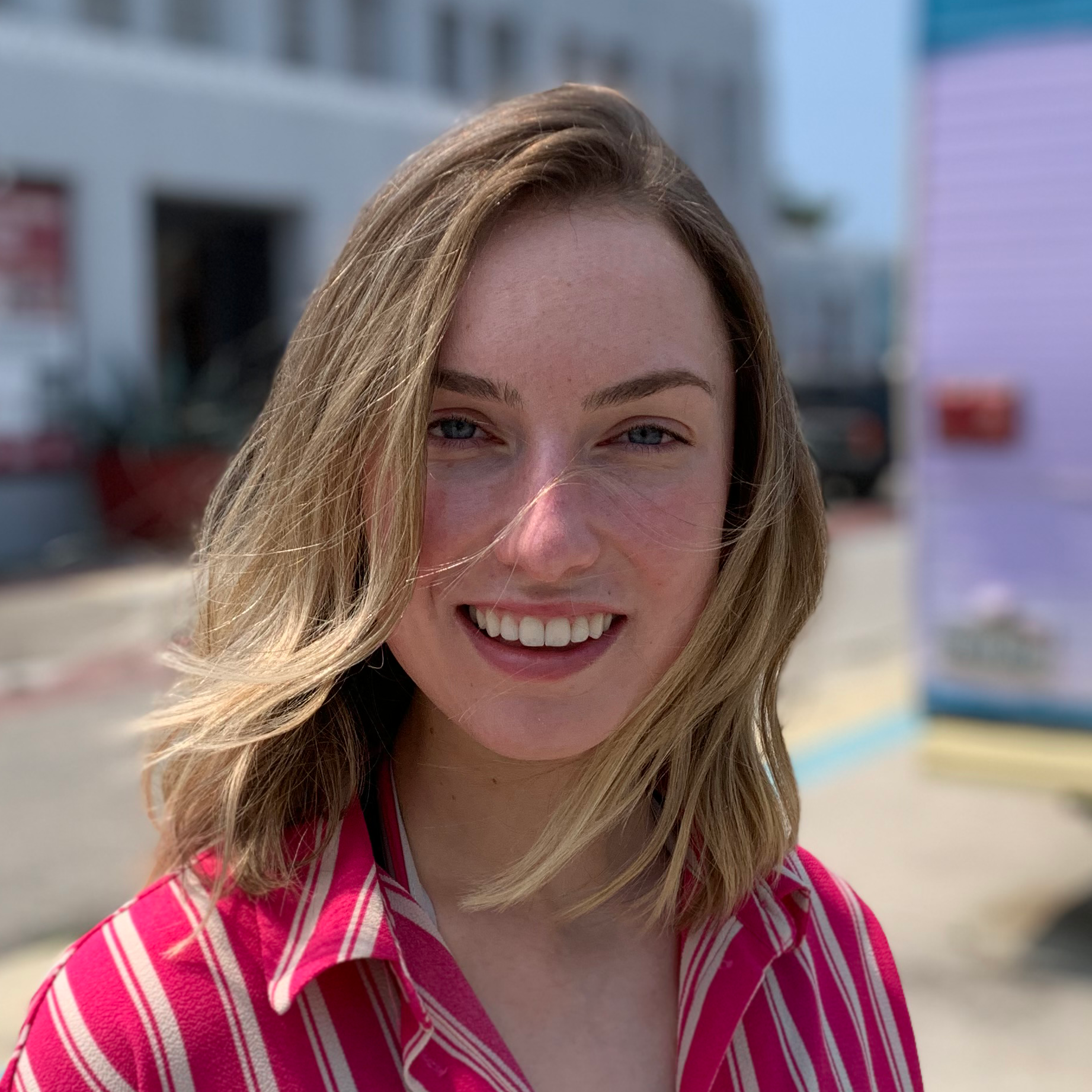 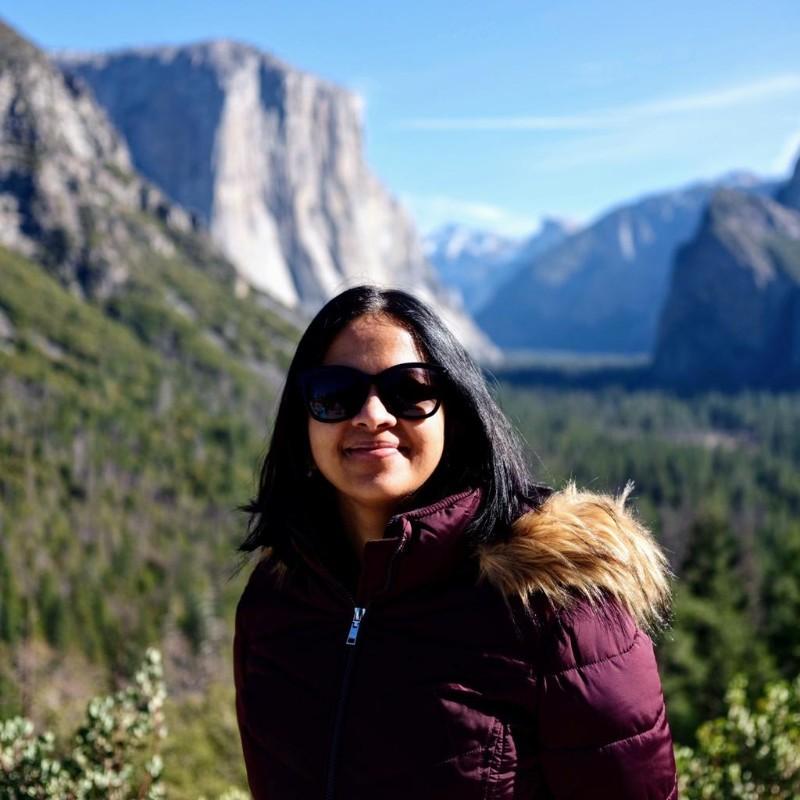 Attention and eye movements are thought to be a window to the human mind, and have been extensively studied across Neuroscience, Psychology and HCI. However, progress in this area has been severely limited as the underlying methodology relies on specialized hardware that is expensive (upto $30,000) and hard to scale. In this talk, I will present our recent work from Google, which shows that ML applied to smartphone selfie cameras can enable accurate gaze estimation, comparable to state-of-the-art hardware based devices, at 1/100th the cost and without any additional hardware. Via extensive experiments, we show that our smartphone gaze tech can successfully replicate key findings from prior hardware-based eye movement research in Neuroscience and Psychology, across a variety of tasks including traditional oculomotor tasks, saliency analyses on natural images and reading comprehension. We also show that smartphone gaze could enable applications in improved health/wellness, for example, as a potential digital biomarker for detecting mental fatigue. These results show that smartphone-based attention has the potential to unlock advances by scaling eye movement research, and enabling new applications for improved health, wellness and accessibility, such as gaze-based interaction for patients with ALS/stroke that cannot otherwise interact with devices. 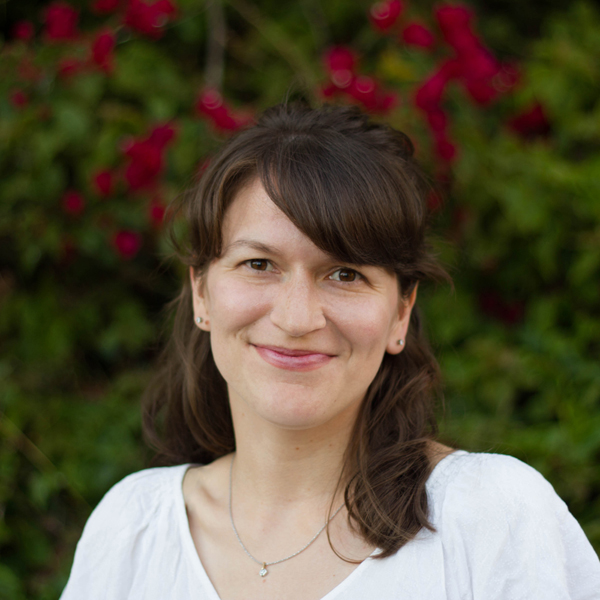 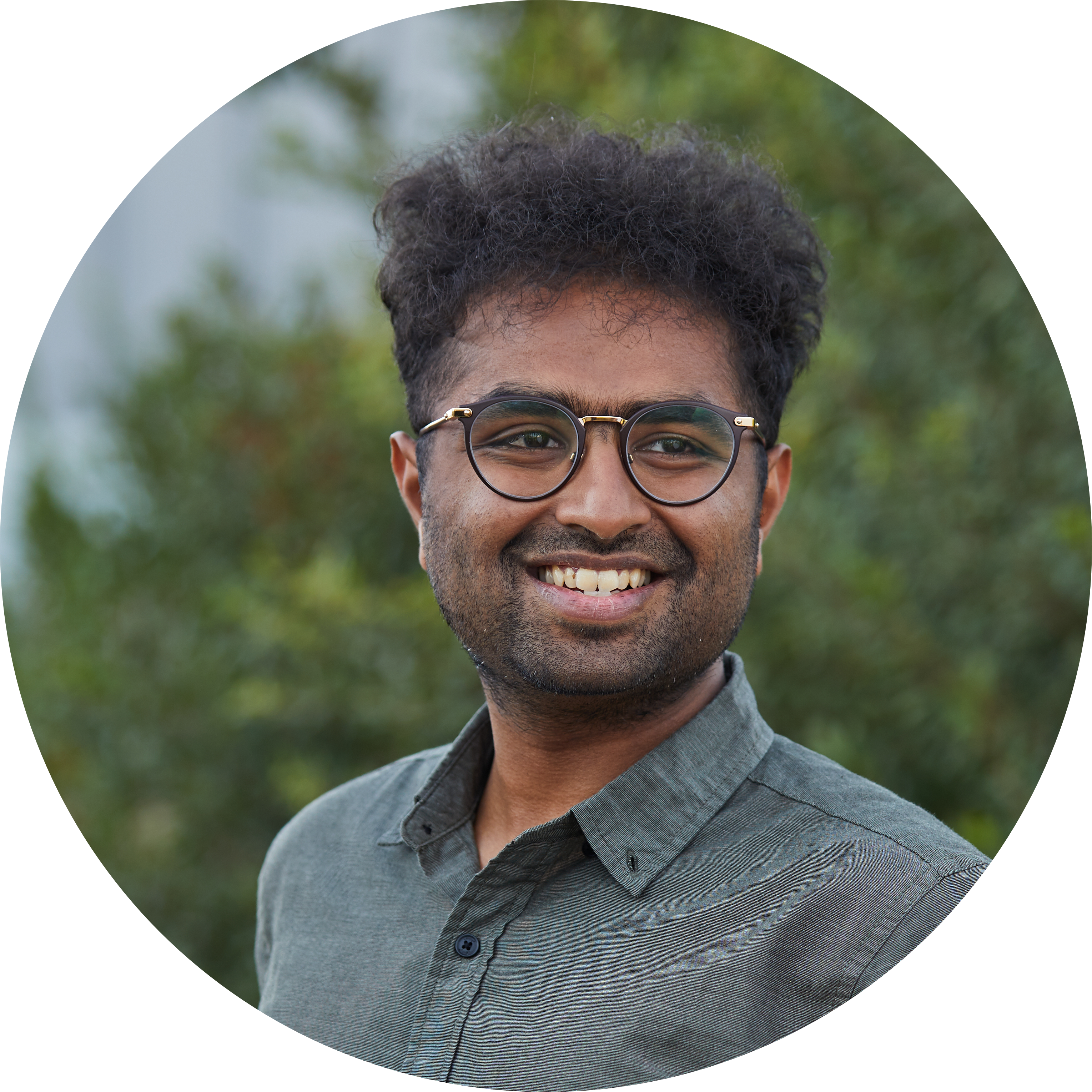 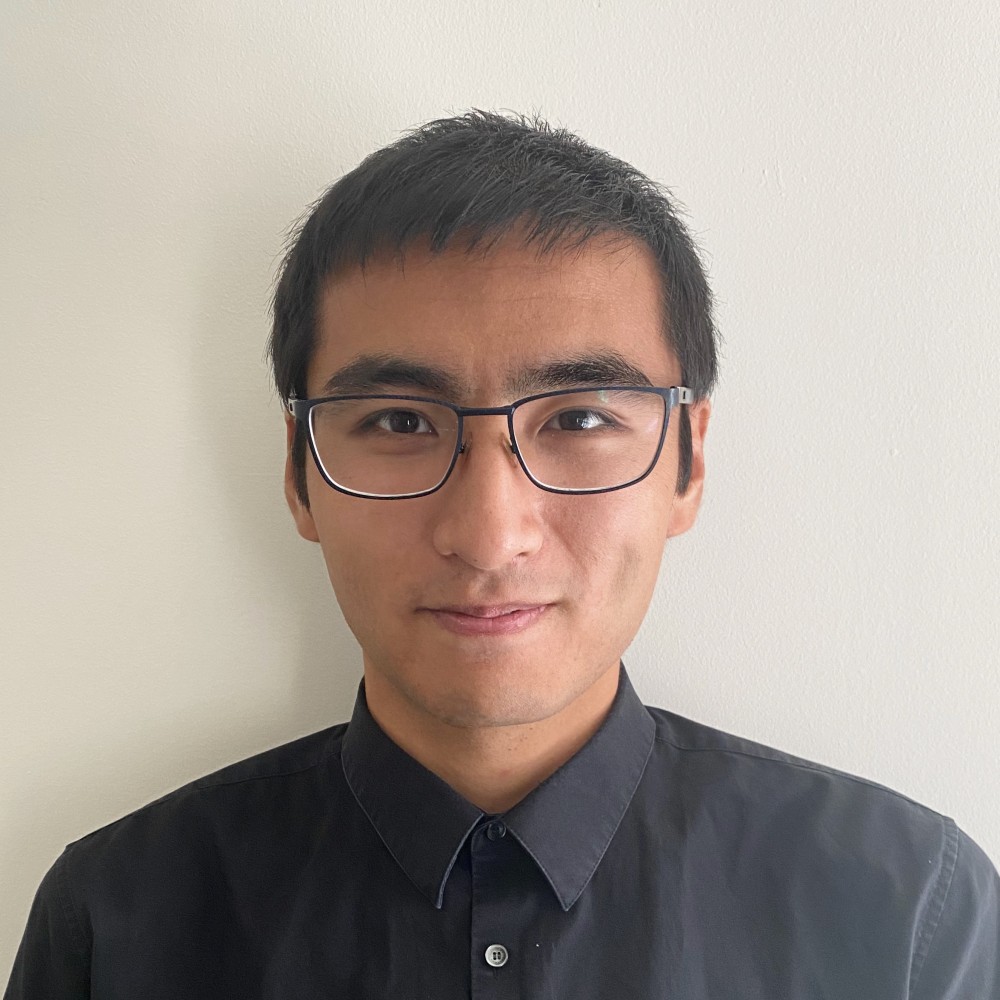 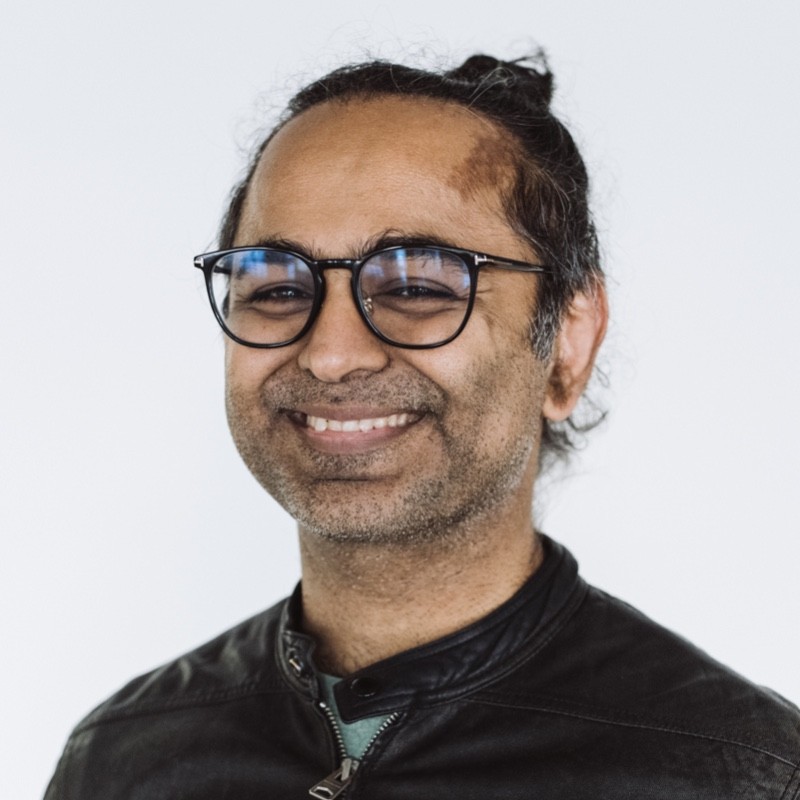 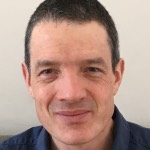 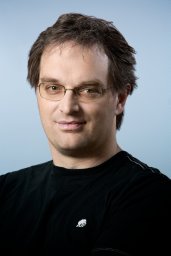 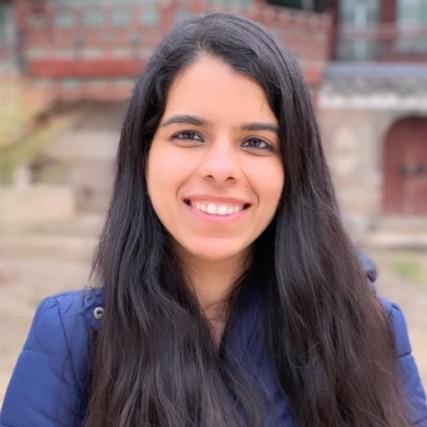 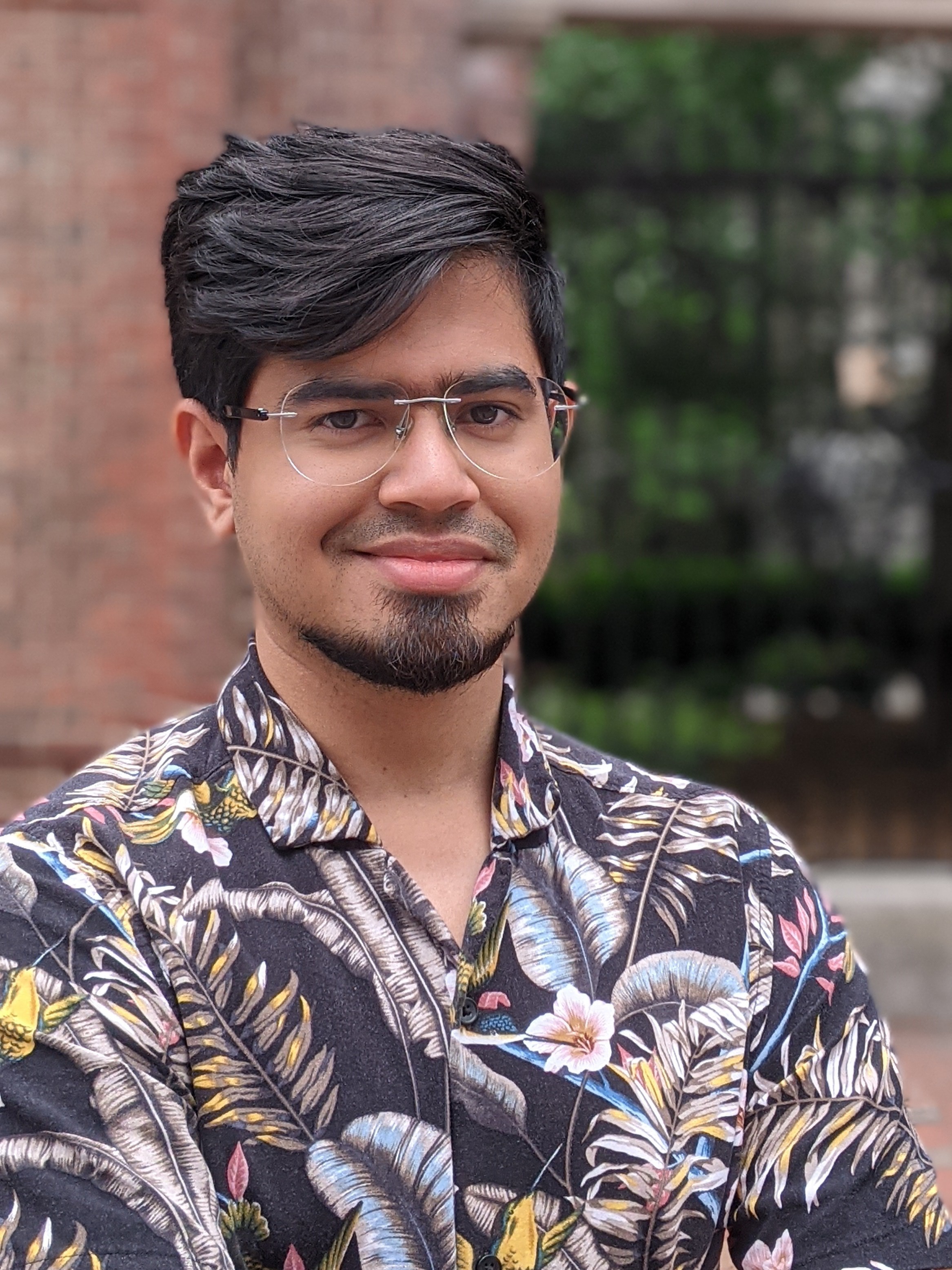 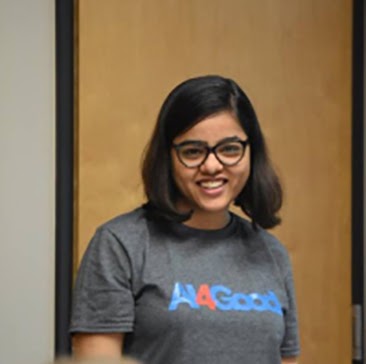 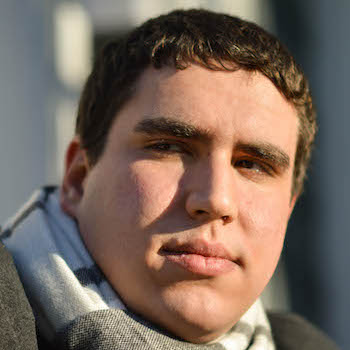 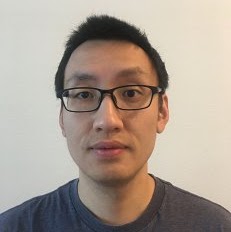 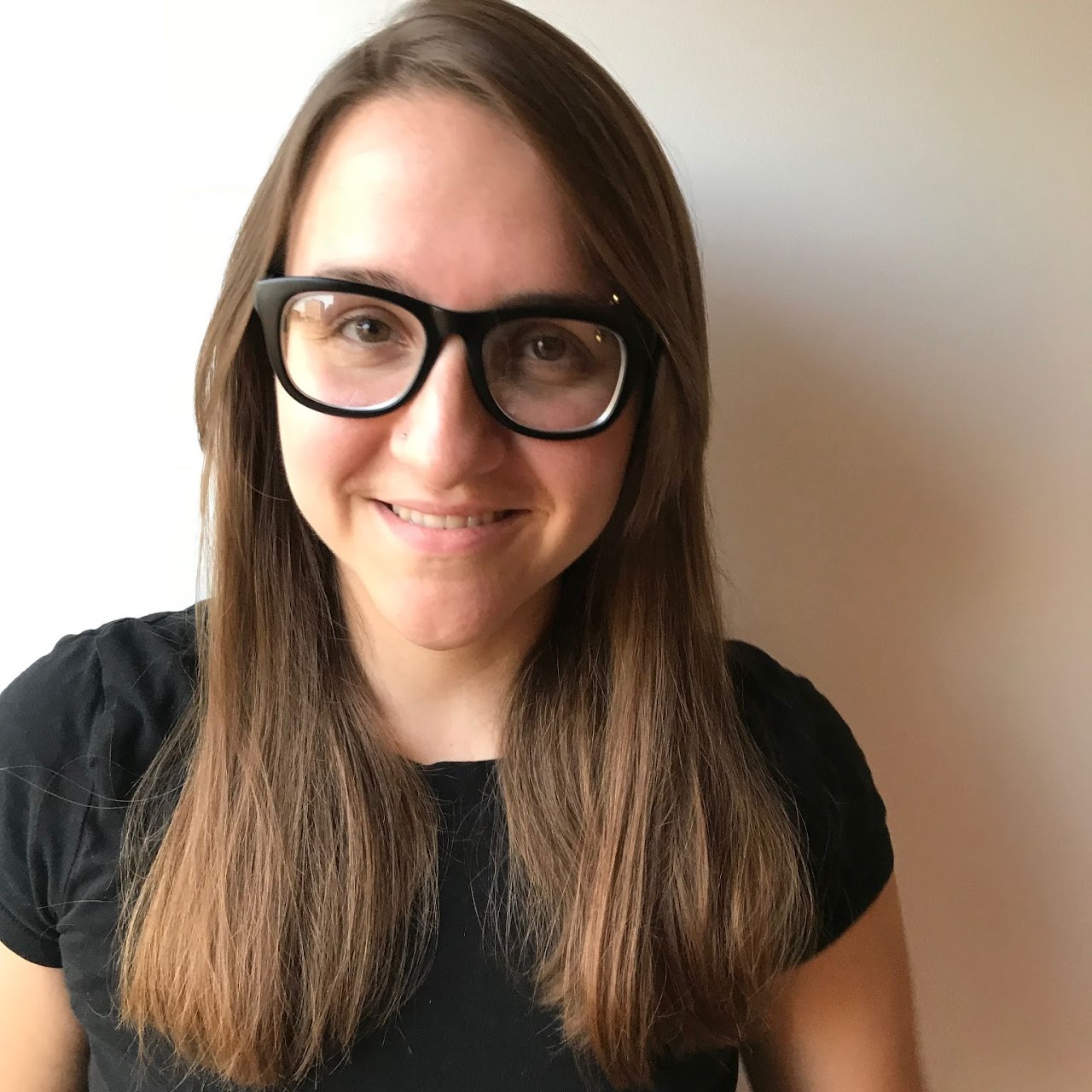 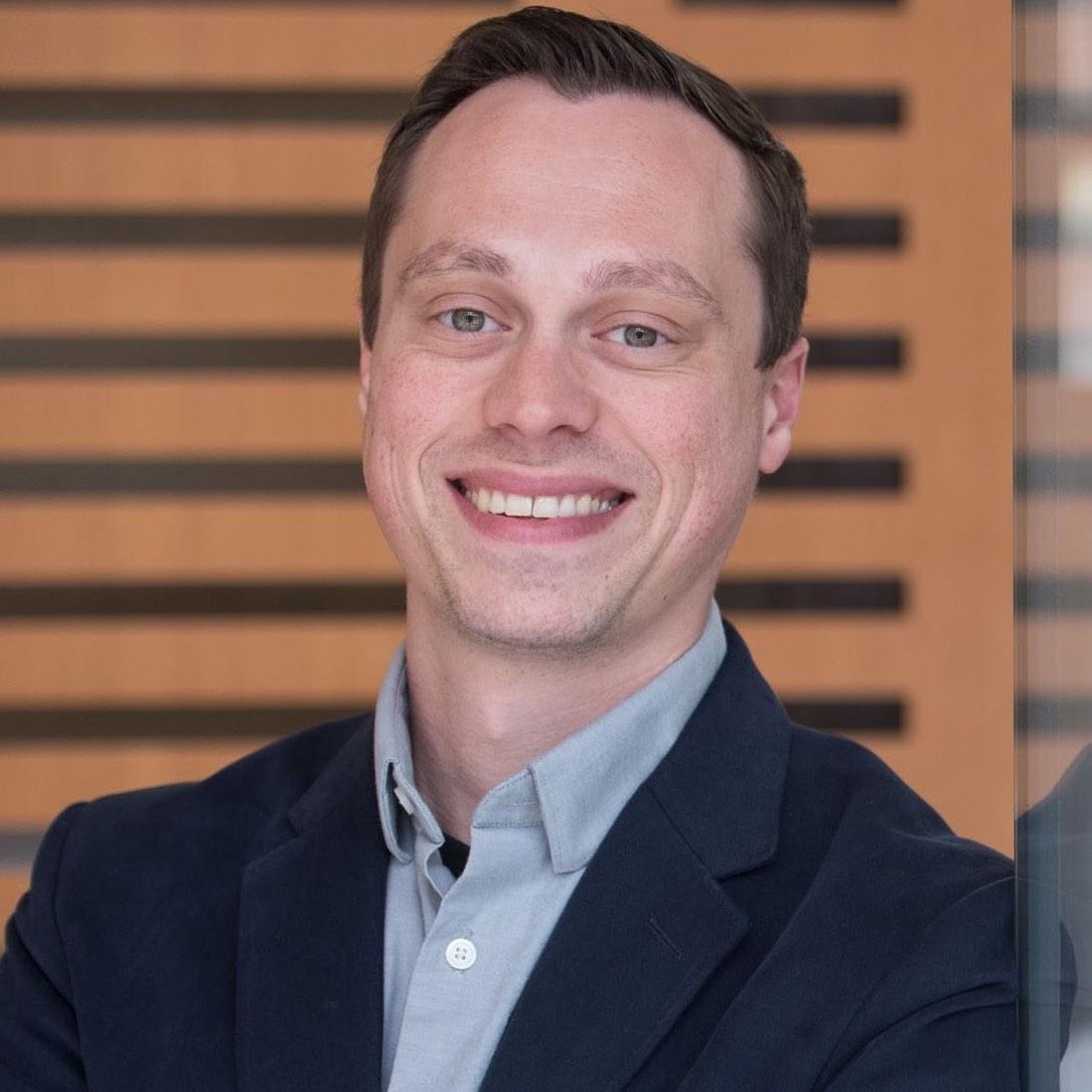